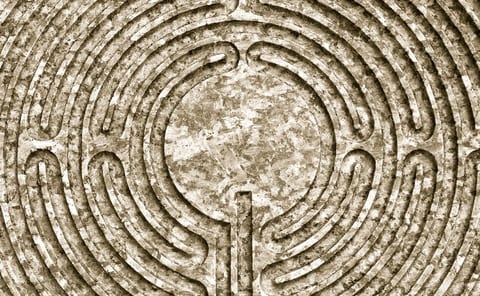 Interest rates have materially fallen.  That is the good news for all holders of variable loans.

BUT there is a large percentage of fixed loans in the market that are on much higher rates.  Fixed at a time when rates were hitting record lows and the very concept of them going lower was unimaginable.

Many borrowers have had conversations with their bankers seeking to break the loan and move onto a much lower interest rate but have been met with disdain on the response that such a move would create a substantial “break fee”.  Usually the conversation ends there.

So, there are two question needs to be asked.

The first question is how this break fee is calculated?  This knowledge could empower a reverse engineered process of dissembling and reconstructing your borrowing options to improve your borrowing structure.

The second question leading from the first being, is there still a way to break a fixed loan and reset on a lower rate and still be financially better off even when taking into consideration the break fee?

The Mathematics of Treasury

To answer the second question, you need to know the answer to the first.  This topic alone can get very technical, but I will keep it comfortably within the boundaries of an executive summary.

Every loan that is issued by bank creates an exposure to the bank.  If the bank issues a fixed loan to a customer, the bank contractually only receives the fixed coupon that is obliged within the loan contract.

Now imagine the bank is funding this loan on the short-term money market by issuing 90-day bank bills in the wholesale market on a rolling basis.  This means the bank must pay a coupon to the holder of the bank bill that is equivalent to what the market is paying on the 90-day swap.  On a normalised yield curve, the bank would earn the healthy difference between the long dated fixed income from the loan and the cost of the short dated lower variable rate.  If interest rates go up though, then the cost of funds for the bank goes up after every 90-day roll because the wholesale swap rates have gone up.

But remembering that the bank is only receiving a fixed coupon from the loan issued, there could be a point in time where the bank could lose money on this loan when the cost of funds exceeds that of the fixed return of this loan.

The above scenario is called “Gapping the Book”.  Banks in the past have deliberately funded long term loans with short term financing because the interest rate differential on a normalised yield curve maximises gross margin revenue (or Net Interest Margin).

Gapping the book is a favourable play if there is a strong view in Treasury that the yield curve will remain stable or continue to fall.  The banks “Profit and Loss” can go terribly askew if they get it wrong too.

But under more scrutinized corporate governance in recent years, especially after the GFC, banks have become more prudent in managing their loan book exposure by astute balance sheet risk management and squaring off their books by taking out hedges to remove this exposure.

So now, all fixed loans taken by the bank’s customers are aggregated, measured and quantified.  Treasury would then go into the market and take out an interest rate swap to offset the bank’s interest rate exposure.  An interest rate swap is an Over the Counter (OTC) derivative product that exchanges one stream of interest payments for another over a certain time.  Most of these products have a “fixed leg” and a “floating leg”.

A pure hedge would offset the bank’s funding exposure to fixed loans in the market with a fixed obligation to fund those loans within the specified terms to lock in the Net Interest Margin (“NIM”) or Profit for the bank.

At any given time, a swap is either “in the money” or “out of the money”.  No different to buying a share on the ASX.  After the day of purchase, your share is either trading at a profit or a loss to the purchase price.

At the time of breaking the swap, if interest rate yields have fallen, then breaking a fixed swap as a borrower will incur a break cost.  This is because the receiver of the fixed coupon must be financially compensated for cancelling a higher fixed coupon to receiving a lower variable interest coupon over the remaining life of the swap.

The compensation is then simply as follows;

The formula is a little more complicated than above as forward rate agreements and NPV’s need to be embedded into the calculation, but it is the concept that is most important.

There can be two components to a “break fee” when requesting one from the bank.

The first is the genuine break cost as noted and calculated above.  This is a real tangible cost that the bank must wear assuming the bank has hedged your fixed loan in the wholesale market.

Remembering though, if the yield curve has risen since you fixed the loan then a break benefit will be received by you.

The second is a revenue grab.  Deep within the fine print of your fixed loan, it may detail that you will also be liable for any line fees, account fees or treasury costs in breaking a fixed loan.  This most likely would not have been explained to you as a borrower.  The Net Present Value of these fees over the remaining life of your fixed loan that is built into a “break fee” is pure top line revenue for the bank.  We will revert to this point a bit later how to address this issue.

In practise whilst changing banks, you can break your fixed loan with your encumbered bank, then novate that cost onto another fixed loan with your new bank at the exact same cost under the same assumptions (assuming the amount of the term of the loan remain the same).  Here, the break cost is spread over the life of the new fixed loan as an extra margin so the cost in not incurred as a lump sum that is payable on the day you break the loan.

Or, the break cost can just be added to your loan principle amount and your new fixed loan will be set on lower a lower rate as it will be set on a lower yield curve.

Novating and Receiving a Net Benefit

So, if it is a zero-sum game, how can you benefit out of the exercise when changing banks?

The answer lies within your customer margin.  If you can present your business to the banking system in a manner that demonstrates your credit risk profile has improved compared to what is on file (or that you were being charged a client margin that was high to that of your existing credit risk rating), then you can reset on a lower margin.

For the sake of simplicity in the form of an example.  If your business was priced at 2.75% above swap and a renegotiation reduced your cost of borrowing down to 2.00% above swap, then you should be able to break your loan, novate your break cost on a new loan at the lower margin and pick up the 0.75% as a net benefit to your loan.

Mustering Cats in the Fog

It all sounds easy and it should be.  But with banking, nothing is quite as it seems on the brochure.  You, as a borrower need to be fully aware of the following to succeed in this endeavour;

It sounds like trying to muster cats in the fog, and it is for the unchallenged!

If “New Bank” novates your break fee on a new fixed loan on a lower client margin (and all else being equal) but the resultant interest rate is higher than the old fixed loan, this is a clear sign that the Break Fee has been loaded up.

“New Bank” can conduct some market intelligence on what the break fee should be if all the preliminary input data is provided to the bank in order to do so.

Or, run your own calculations if you are mathematically curious.