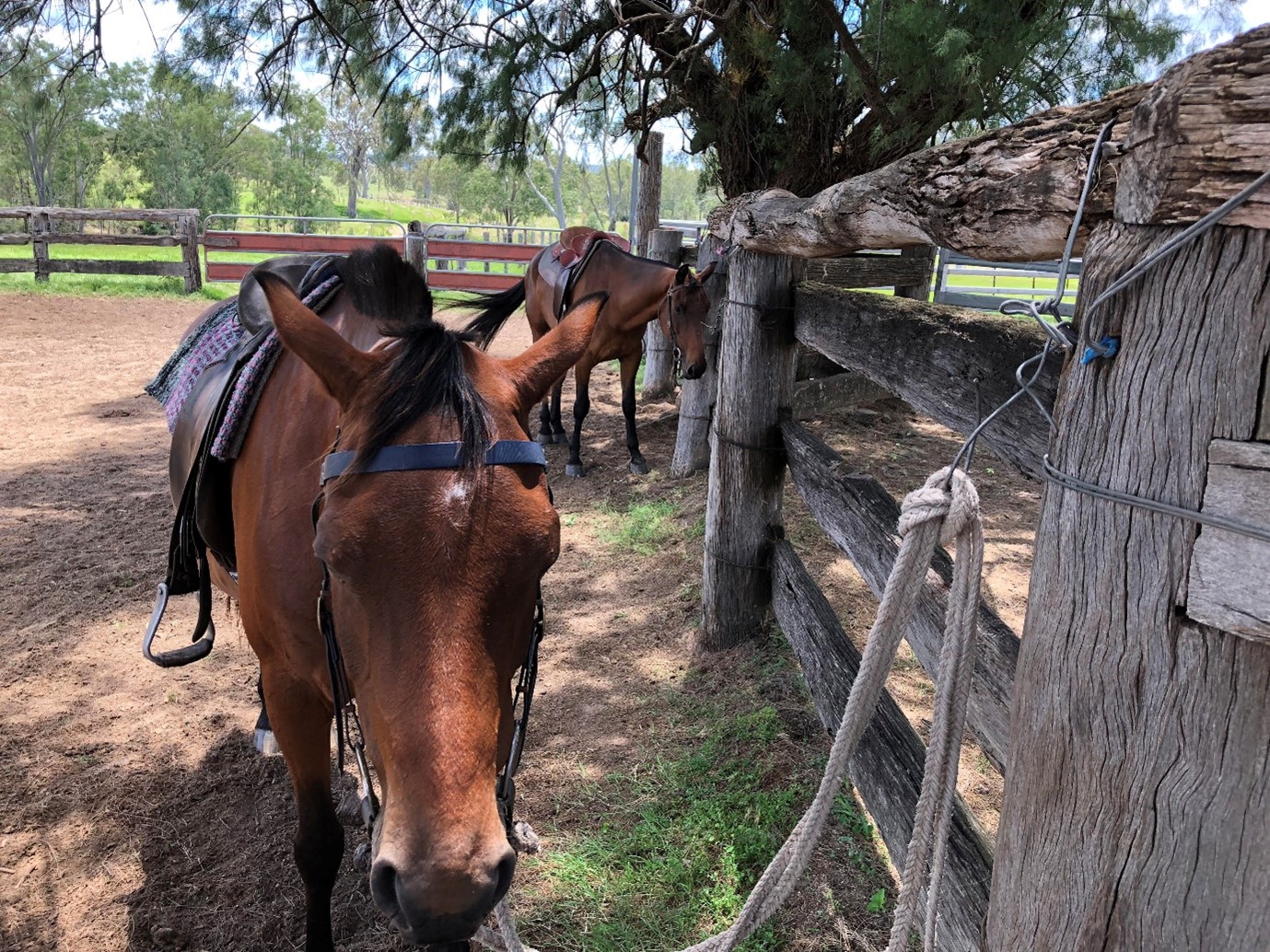 06 Jul Cowboy Maths (and then some)

The head stockman of a large cattle ranch in QLD died after 35 years of employment.  The station he worked for had supplied his home and a truck to drive, so after he passed his most valuable possessions were his personal Remuda of 17 horses that he had broken and trained over the years.  The head stockman had three sons who came to the station after the funeral to collect their father’s personal belongings.  The station owner met with the boys and gave them an envelope from his safe with their father’s will.

When his sons opened up the will it read: Divide my personal possessions up evenly among my sons except for the Remuda, which should be divided as follows:

As it’s impossible to divide 17 by 2, 3, or 9, the three sons started to fight with each other. They brought up all sorts of past bad blood between them.  Just as the argument escalated to the point that the sons were ready to go outside and physically fight to see who got the horses, the station owner intervened.  The station owner told the men to wait a minute and proceeded to his stables.  He walked out of the stables leading one of his best stock horses with a halter and said, “After all of the years of dedicated service by your father, I will add this horse to his Remuda.”  That increased the total to 18 horses.

The men calmed down and went back inside the station office, so they could sort this out with an even number of horses. The station owner began dividing the horses according to their father’s will.

With this, all three men were satisfied.  The station owner said, “Problem solved!”  They started reminiscing about the days they spent growing up on the station and forgot all about their differences.    The station owner shook hands with each man and then said, “Do the math boys.  There is still one horse left over.  9 + 6 + 2 = 17”

The rancher started leading his horse back to the barn, but turned to smile and see their puzzled faces, and said, “That boys is what we call Cowboy Math.”

Moral of the story:  The attitude of negotiation and problem solving is to find the “18th horse”, that is the “common ground.”  Once a person is able to find the 18th horse, the issue is resolved.  It is difficult to reach a solution, however, when the people involved don’t believe that there is a solution. You have to stop and consider possible options before you are able to reach a true solution!