31 Oct OFF THE BEATEN TRACK: From Russia with Love

The current warning on the web states…

“The North Caucasus is a volatile, unpredictable region. While not the war zone it once was, organized crime, separatist activity and government counter-action against suspected radical Muslims continue…”

Throw in the war between Russia and Chechnya in the late 90’s, and that is when I decided it was a good time to climb Europe’s highest mountain.

Climbing High in the Caucasus

A soldiers five history lesson, the Second Chechen War was an invasion launched by the Russian Federation, starting 26 August 1999, in response to the Invasion of Dagestan by the Islamic International Brigade (IIB).

During the initial campaign, Russian military and pro-Russian Chechen paramilitary forces faced Chechen separatists in open combat, and seized the Chechen capital Grozny after a winter siege that lasted from late 1999 until February 2000.

Mineralnye Vody is a quant town in Stavropol Krai (Russia) wedged between the Black Sea and Caspian Sea above Georgia, and was our gateway in and out of the Caucasus.  It was late July / early August 1999 and shortly after our departure it was heavily bombed with the whole region being quickly shut down to foreigners.

The war may have been localised to our climbing area, but the 1998 Russian financial crisis was not.  In August 1998 the Russian government devalued the ruble, defaulted on domestic debt and declared a moratorium on repayment of foreign debt.  Inflation reached 84%, many banks closed and unemployment exploded.

Interestingly, as we moved through townships, supermarkets and shops were adorned with empty shelves.  In rural areas, trade appeared to have withdrawn back to subsistence and bartering.  A few USD in our pockets would simulate a rainbow of gold to any Russian during that time.  In fact, the face of George Washington on the $1USD did prove too much of a lure for the local authorities (more on that later).

The drawcard to climb Europe’s highest mountain is not a frolic in the lustrous French valley of Chamonix and a skip up Mt Blanc like most people think, but a concerted push behind the “Iron Curtain” into the remote Southern regions of Russia. Mt Elbrus claims this title as it sits majestically in the Caucasus mountain range rising heavenly at 5,642m (18,510 feet).

The climbing itself was somewhat forgiving as altitude and snow storms can be, but the environment delicately shared with Persian leopards, brown bears, wolves and a 1000 species of spiders can be less so.  The Russian militia were also accumulating on Mt Elbrus.  Little did we know that the second war to be raged against Chechnya and Grozny (260km away) was to commence in only three weeks.

Preparation to the climb took us hiking and climbing in nearby ranges.  The grassed valleys were cloaked with the colours of rhododendrons and Iris Iberica’s while majestic forest refugiums canvased a canopy over our tents amidst the flowing mountain streams.   A scattering of wooden hamlets would appear casually through the wooded mirage to remind us that the local subsistence farmers were guardians of this ecological marvel.   And above the forest canopy rose the majestic peaks of the Caucasus throwing snow plumes off their lofty peaks to the dance of mother nature’s waltz far down below. 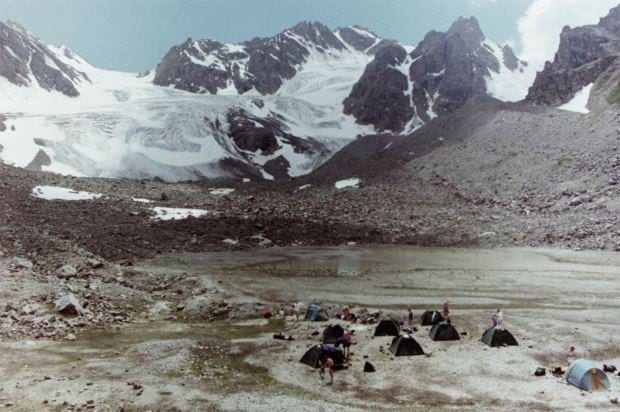 Base camp for preparation climbs prior to assaulting Mt Elbrus

The scenery could do nothing but conjoin emotional inspiration and motivation to participate in the dance before the music stopped.  So on we climbed.

Presence of life in Southern Russia was most humbling in its overture.  The homes of the local farmers consisted of simple planks nailed over a basic frame to create a single room.  A small shallow channel would be cut in the earth floor to allow water to flow through their home for washing and drinking.  The woman wearing big smiles flashing their gold teeth would natter tales of the good old days whilst the men cultivated the environment for nutrition and good will.  Life seemed simple but pleasant. 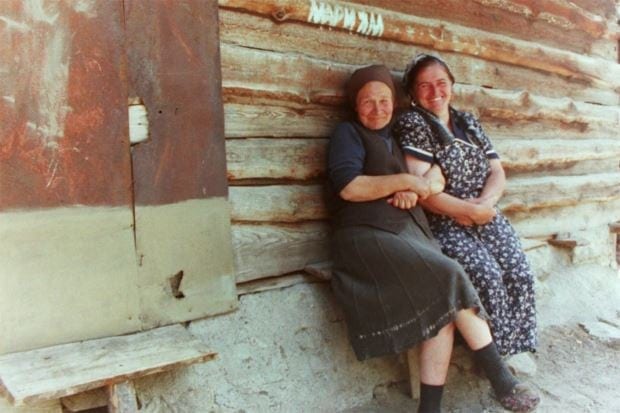 The cities also have their own curiosities.  A strong inquisitive mind drew myself and a colleague into the outer lying areas of St Petersburg, away from the glamour and glitz of the inner city.  Near an industrial area that beckoned the collapse of the soviet era, we were captured by some very excitable local police, carted away in their lorry and locked up in prison.  My colleague, being a third year law student from London, amused me with his incessant ranting on legal precedence and human rights, gripping and shaking the rusted bars as if iron-will would break us free.

It was a long night on a wooden bench as they did not speak a word of English and nor were much for company.  Entertainment was finally drawn from the change of guard the next morning.  When the incoming superior officers recognised that two tourists were locked away, they ignited into a heated argument simulating a brood of rubber chickens caught in a wind socket, with the night guard finally slinking away like a kicked dog.  We were released and with the education of forensic hindsight, sparing a few USD to the police the previous day would have spared us the pain.

The journey through Russia drew upon opposing worlds, of extreme oligarchic wealth in the cities to absolute financial poverty in rural provinces.  From extreme natural harmonious beauty to war and pillage.   If getting off the beaten track is on the cards, consider the deep recesses of the Russian Caucasus mountains.  You will not be disappointed.