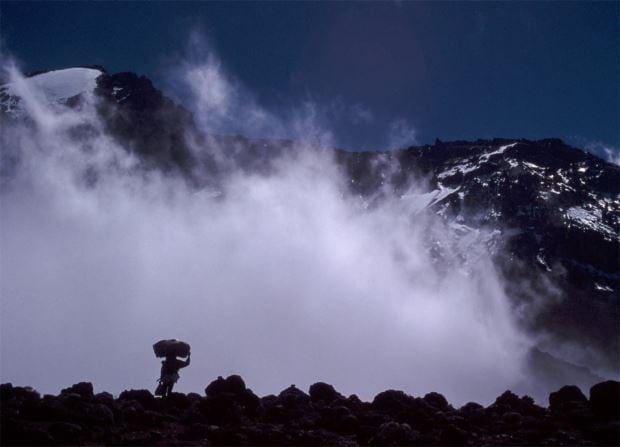 “Her endeavour was misguided and wrong and maybe plain crazy, akin to someone waking up one day and deciding he’s going to scale Kilimanjaro because he can’t stop imagining the view from the top, the picture so arresting and beautiful that it too soon delivers him to a precarious ledge, where he can no longer turn back. And while it’s easy to say this is a situation to be avoided, isn’t this what we also fear and crave simultaneously, that some internal force which defies understanding might remake us into the people we dream we are?” Chang Rae Lee 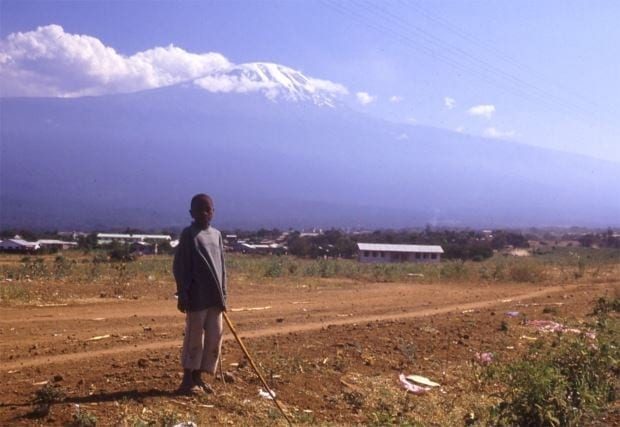 Majestic Kilamanjaro from near Moshi, Tanzania

Fate can play an irresistible part in establishing a series of uncorrelated events that lead to a well-defined incident.  I ask the question, if the tape of time is rewound, would the prosecutions of life play out in the exact same sequence? Theories of chaos or predetermination become irrelevant as history has a way of permanently embedding itself into the journals of mortals like the chronicles of climbing Kilimanjaro.

For Ian Robinson, the butterfly wings flapped in Kenya whilst travelling solo down the East coast of the African continent.  Seeking reprieve from his tent pitched high on a roof top in central Nairobi in search of water free of bacterial infestations, Ian had a chance meeting with some old colleagues from a previous climb in Russia.  Celebrating a most unexpected reunion, the enthusiasm of accepting a most generous invitation to join their climbing team was not commensurate to lying sprained and bloodied on the high flanks of Kilimanjaro later in the week.  Such is the butterfly effect in relation to predetermination vs chaos theories. 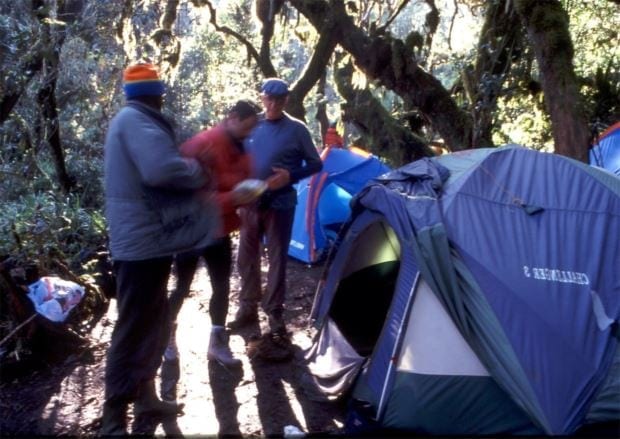 The Lure of the Mountain

The glaciated peaks of Kilimanjaro can’t help but engender an alluring vivacity as you venture onto its jungled equatorial flanks.  Rising 5,895m above the plains of Africa where the masters of the evolutionary food chain struggle for supremacy, you naturally push through the vertically integrated stratums of flora and fauna.  From natural forests and savanna, to cloud forests, to bush and heathlands, to fog dependent mosses, tundra and the arctic ice capped regions high on the crater rim.

For Ian, the standard track was dismissed for a more technically challenged sequence known as the Umbwe route via the Western Breach.  A four-day push that concludes with an alpine style ascent up an American grade 3 climb to scale the kilometre-long rock wall along the Western crater.  A climb that required dedication to concentration by all accounts.

Scoured by the narrow beam of your head torch, each foot placement and hand hold is delicately placed with the yawn of gravity forever enticing you backwards into the darkened void below.  The final night’s climbing to grasp the summit was washed by the silence of internalising the personal journey of humbled self-discovery underscored by the exertion from the oppressive affixation of altitude.  During these transitionary hours there is no collective banter or idle conversation.  There is no wishful barter of wanting.  These final hours in fact seek internal refuge against the confluence of physical exertion and emotional awakenings that lies hostage to such a unique experience.

Man does not conquer a mountain; he asks for permission

The Western Breach is an unstable playground for any fool’s whim.  Steep cliffs provide an accelerated runway for rock fall that frequent this terrain due to the geological periglacial freeze thaw dynamics.  Observing a mountain range from afar fashions the misconception of permanency when in fact this mountainous terrain can be quite a reckoning.  So when the sound of dislodged boulder snapped the air like a rifle shot vertically above in the infinite blackness, Ian drew immediate inferences to one of his recent climbs in Southern Chile on Volcan Villarrica (a large stratovolcano that trends perpendicular to the Andean chain along the Gastre Fault line).  Here a fellow colleague climbing with Ian was fatally struck by a dislodged boulder from a minor volcanic eruption higher up on the mountain (upcoming “Off the Beaten Track”) and was nurtured under sufferance of severe physical trauma until the Chilean air force helicopter arrived.

The power of fight or flight cannot be measured by rational cognitive thought, nor does leaping off a cliff in the night at 17,000 feet.  Ian’s dive into blackened void eventually concluded by being pancaked on a precipitous ledge lower on the Western Breach.  Reflecting back, better decisions could have been made.  Coming to rest lower down the mountain however did provide respite and reprieve to continue to the climb. 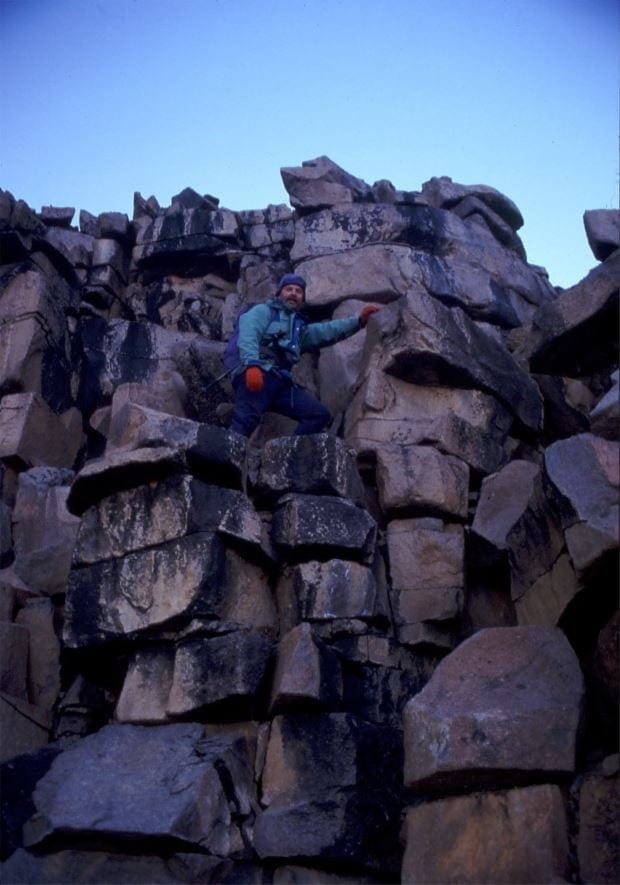 The misguided distraction was soon replaced by a sunrise that replicated the dawn of time.  How humbling life can be to steal such moments in witness a universal phenomenon as simple as the unveiling of the African continent atop its most majestic peak.  If Africa was the cradle of life, then this moment certainly drew upon its gravitational core, creating a lineage to our existence in a way that was intoxicating. 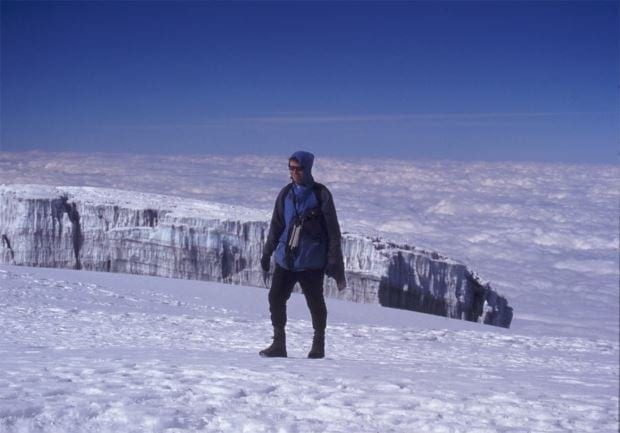 Experiencing such concentrated bio diversity and cultural multiplicity is definitely within the realms of the most nostalgic curiosities.  With exception to the Umbwe route, we recommend getting “off the beaten track” and getting high on getting high on the flanks of Kilimanjaro….